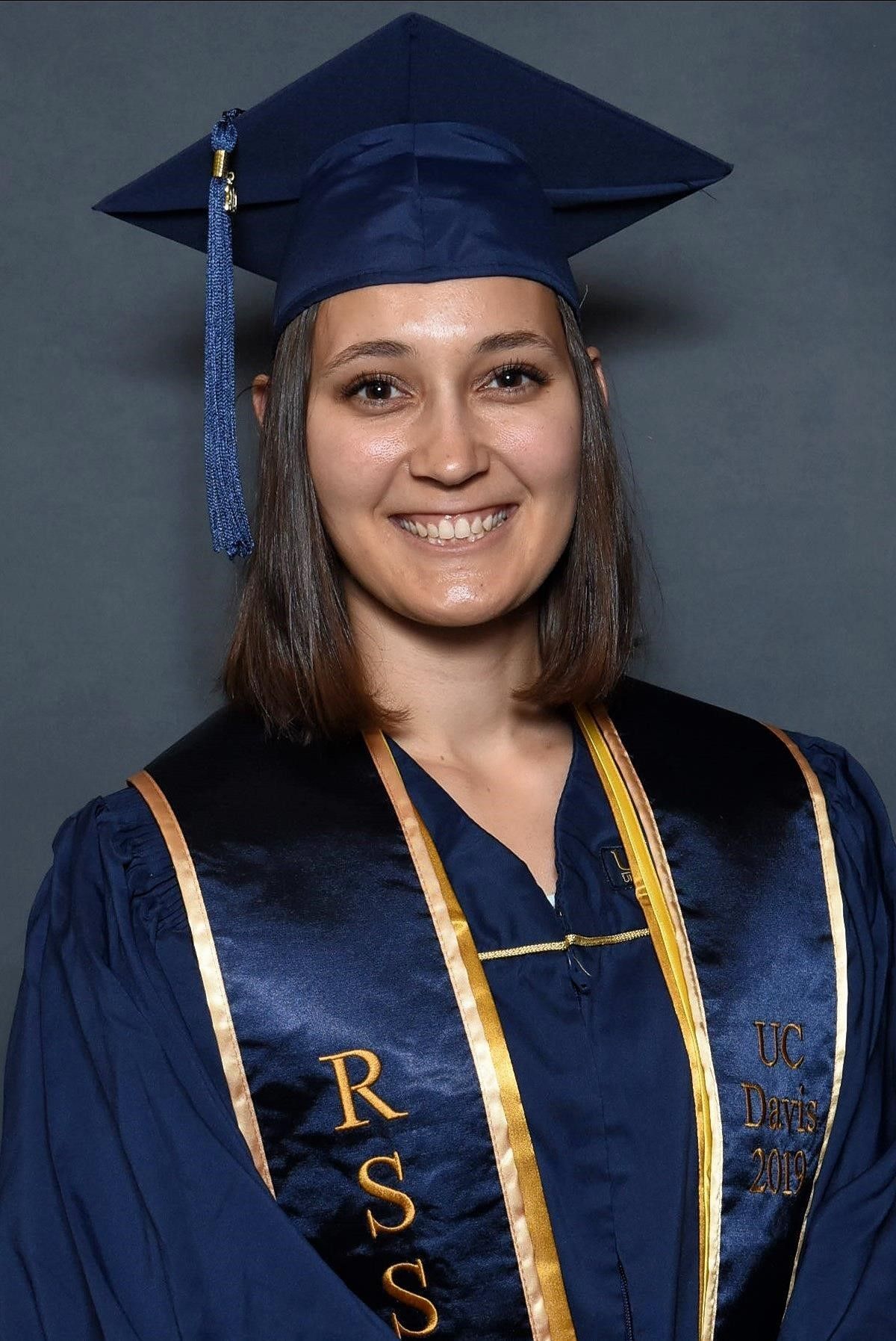 At five years old, Erin Hisey knew exactly what she wanted to be when she grew up. Every day after Bridlewood Elementary let out, she would make her own way to the local riding facility around the corner from school and wander up and down the aisles admiring the horses. Management couldn’t keep her away, no matter how hard they tried and it wasn’t long before she convinced her parents for riding lessons. Fast forward almost twenty years later and Erin is fulfilling her younger self’s dreams as she studies to become a veterinarian and works on equine genetics research projects at the University of California Davis.

A class of 2015 MHS graduate and former recipient of the Chester Boyd Honorary Scholarship through LEF’s scholarship program, Hisey can currently be found in California. She graduated from UC Davis in 2019 with her animal science degree and is now working on a combined Vet school and PhD program.

“I’ve known that I wanted to be a vet since I was little and so when I was looking for schools to go to undergrad, I started looking for places that have vet schools because I wanted to kind of explore what those schools were going to look like down the road. I fell in love with Davis when I came out and visited,” says Hisey. “It’s gorgeous here, the weather is great and I just liked the culture of the campus along with that they have a really strong animal science program.”

Her freshmen year, she was admitted into the honors program, where she was encouraged to get involved with research to complete her thesis for her senior year. She wasn’t particularly excited about the idea of research but she reached out to equine geneticist Dr. Rebecca Bellone about joining her lab.

“It was just a combination of horses, which I love, and genetics which I had found fascinating. So I joined her lab and started working on two projects there about the genetics of a couple of ocular diseases in horses,” said Hisey. “I didn’t think I was going to like research when I started but I fell in love with it completely in just the first few months.”

As the project progressed, Hisey discovered in her research an interesting deletion of 16,000 bases of DNA that was associated with distichiasis, an ocular disease, in Friesian horse. Her team’s research and discoveries were published in research journal, BMC Genomics. Finding this genetic variant inspired Hisey to proceed with her studies through the PhD program and continue in academic research.

Although Hisey spends more time these days researching horses than riding and competing, she still makes time to revisit her childhood barn when she visits home in Texas. Hisey also reminisces on her time as a Marcus High School senior and leaves this advice to current seniors ready to start their own journeys:

“Be open to new experiences. You never know what you’re going to end up liking. I never thought I’d end up in research and now my whole life is going to revolve around research because I was willing to say yes to that opportunity. That willingness to try something new is something that you have to keep in mind,” she says.

Hisey’s academic and career journey embodies everything the Chester Boyd Honorary Scholarship was established to achieve. LEF is proud to have played a small part in supporting her college education and looks forward to being a part of many more students journeys.

“You never know what people are going through in their own personal lives and every little bit helps. I know right now, for my friends in vet school because that school is so expensive, every little bit counts that they can get for scholarships. A lot of people going to undergrad feel the same way. That’s a big deterrent to going to college and really, every little bit helps. Thank you for even being willing to consider donating.” – Erin Hisey, Class of 2015